First Wheatear of the year 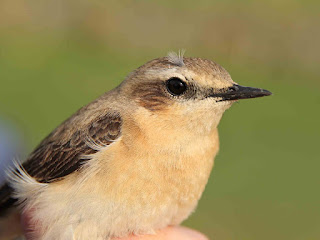 A frosty start to the day but being the first week of April it was time to dust off the spring traps, buy some new Waxworms (Pets at Home finest £2.49) 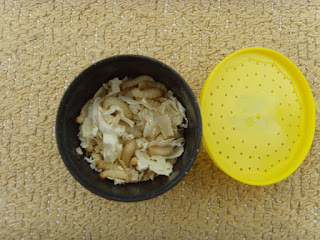 and head to Mwnt looking for migrants. 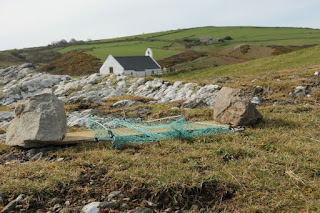 This week last year there were large numbers of Wheatears on the headland every morning but rather a different story today. Just one Wheatear ringed out of only two seen and they soon moved on as soon as the early dog walkers appeared.The headland was generally quiet and even the resident Chough and Kestrel didn't put in an appearance.
Posted by Wendy James at 13:39 No comments:

Last year we were suprised at the number of White Wagtails that we caught on Spring migration. A total of 119 birds were ringed in April with no retraps. Only a handful were Pied Wagtails, the rest were White Wagtails. This was our first effort at catching them so whether 2011 was a just a particularly good year for migration along the West Wales coast remains to be seen when we repeat the exercise this Spring.

This evening there were only around 12 Wagtails over the marsh at dusk but we were successful in catching six of which 3 were Pied Wagtails and 3 were White Wagtails.

The marsh was generally quiet with no hirundines compared to c50 Sand Martins and a couple of Swallows a few days ago before the weather turned colder.