I have recently returned from a ringing and birding trip with four other UK based ringers Hugh Pulsford, Kevin Middleton, Emma Turnbull, Eugene and Linda Hood to South Africa. The trip was with Malcolm Wilson through his venture "African Affinity"
Malcolm has published a trip report on the African Affinity Blog.

In this piece I have put together some of the migratory species that we encountered, starting with the Steppe Buzzard. We caught and colour-ringed 12 of these as part of a larger multinational project involving fitting trackers in Israel too. 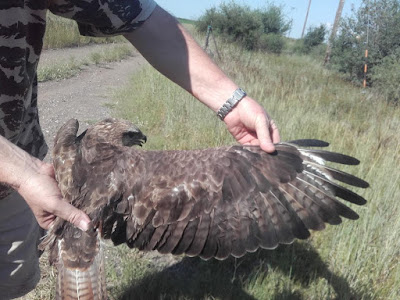 Actually one of the smaller species of the 23 species of raptors and owls we handled. 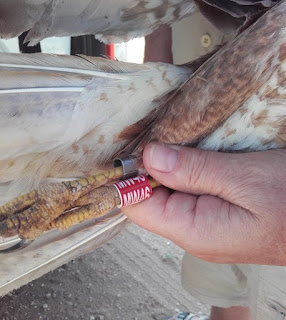 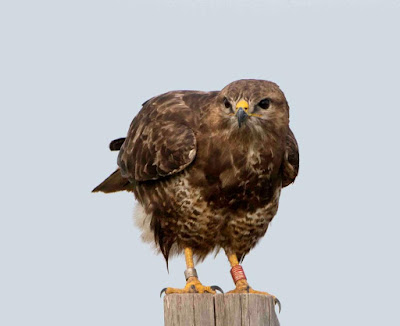 This map shows the extensive movements of 1 Steppe Buzzard, unfortunately the tracking stops in the Cape where the bird was found dead. But shows the migration to the far border of  Kazakhstan and the return through the Arabian peninsular right through Africa to it's southern tip. 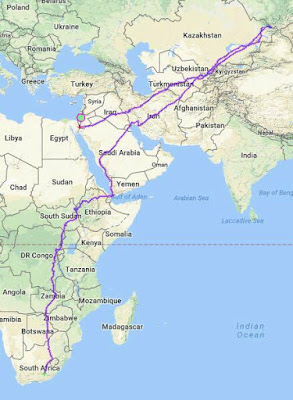 We captured 205 birds including 16 retraps of 87 species on the two week trip mainly based in the northern parts of South Africa with several days with the views of  Botswana or Zimbabwe in the distance. We set nets during the afternoons and opened them for dawn most mornings. We often lamped in the night - stories for another blog...

We captured Red-backed Shrikes and saw plenty of Lesser Grey Shrikes. The bird on the left was ringed in 2017 and a wintering site faithful bird. 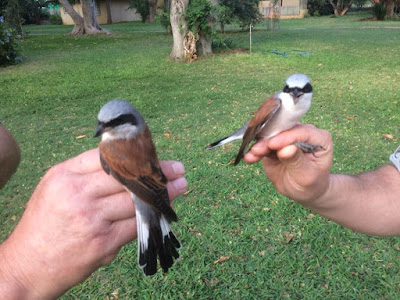 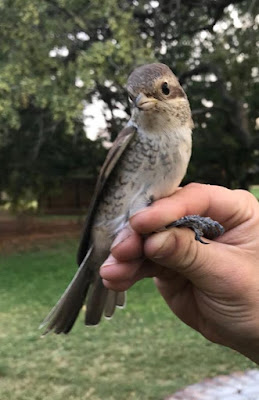 Though Palearctic migrants were thin on the ground we did catch this much sought after species. 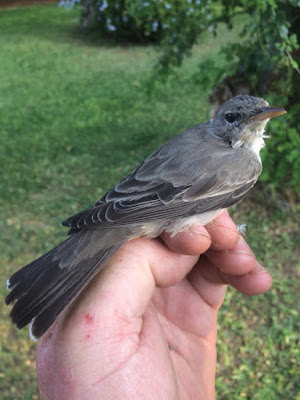 Still moulting but we were happy with this Olive-tree Warbler. A difficult bird to find in South Africa, this bird being about the 30th ringed here. 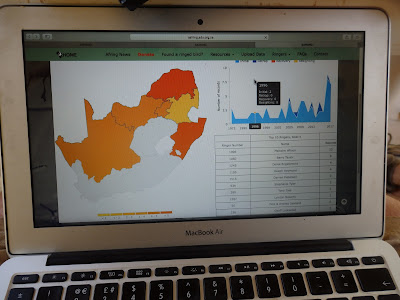 The photo above is a screen shot of how SAFRING can present ringing data. The colours on the map show the density of captures, the graph shows numbers encountered per year and the table lists the ringers with totals. The screen shows the data for Olive-tree Warbler.

We caught a couple of Willow Warblers, both finishing their moult before the migration north. 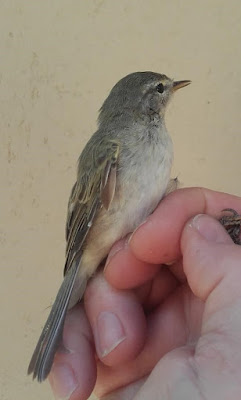 A freshly moulted Icterine Warbler was surprisingly the only one we caught. European Rollers are apparantly difficult to catch with only 16 having been ringed in South Africa.
After catching couple of resident Lilac-breasted Rollers in the spring trap, we got the hang of  trapping Euro Rollers -- we ringed 16 by the last day, doubling the South African ringing total !! 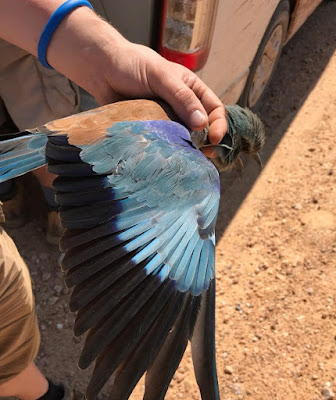 Raptor or Roller trapping took place during journeys between sites or during the heat of the day when too hot for mist netting. Malcolm in his African Affinity blog discusses our achievements with the bigger raptors including Snake and Hawk Eagles.

This small adult male Lanner Falcon was one of two we caught, we did also come across 1 Peregrine which would have been fascinating to be able to measure in hand and perhaps assign to the local race "minor" 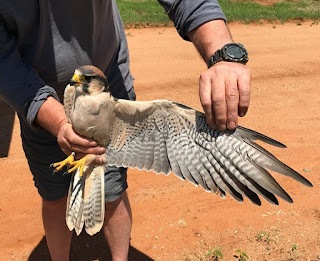 We caught both Greater and Lesser Kestrels, this an immature moulting male Lesser. 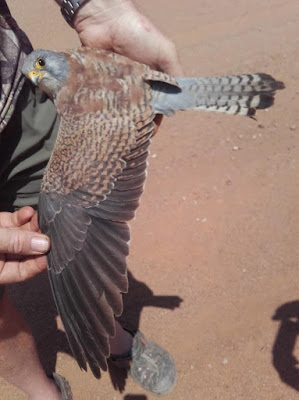 This an adult male. 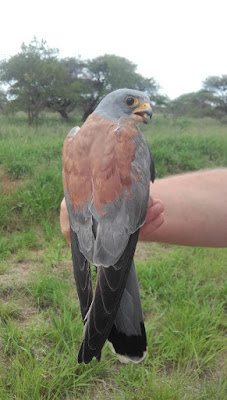 Smaller still this adult male Shikra, either a local breeder or a wanderer from elsewhere in Africa. 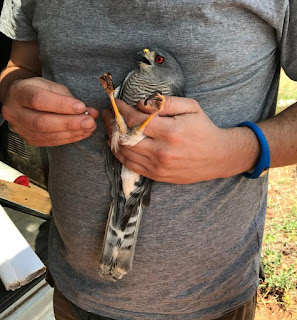 We often saw flocks of Amur Falcons and we did catch one in a roadside trap.
Towards the end of the trip we went to meet Rina Pretorius  who does much work with Amurs at a roost site.
Rina Pretorius has been part of a project  fitting transmitters to these Falcons showing their non stop flight over the Indian Ocean and far overland before stopping, examples of 5 days non-stop flying being recorded.

Some of the Amurs circling overhead pre roost. 10-15000 come into these tall trees on the edge of town to roost each night. 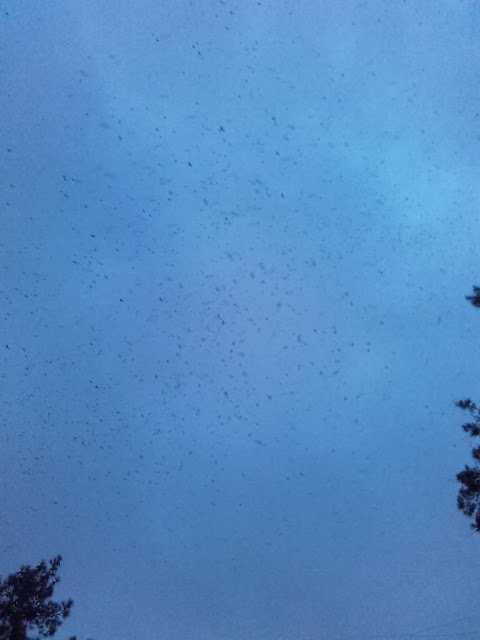 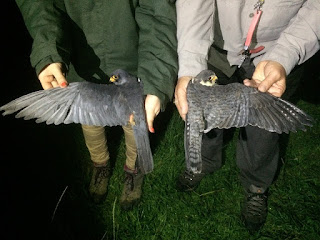 Have a look at the African Affinity blog, for a more complete report on our trip and of other recent trips to ring and bird with Malcolm Wilson in Africa.
We did record 296 bird species and many animal species.
(Photos a combination of trip participants or as labelled)

Posted by Richard Dobbins at 23:20 No comments: