Woodcock on the Christmas ringing table 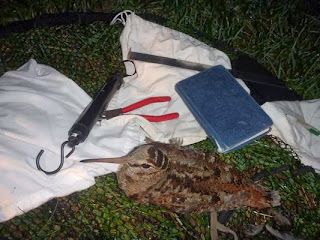 Three nights out over Christmas, Woodcock caught and ringed every night, also Skylark and Meadow Pipits ringed. This Christmas Day Woodcock gave me a 9pm present.....it sat still for a photo !

Windless and squelchy underfoot tonight, but perhpas new birds arrived ?
Tomorrow night, out on our site over the hill top...perhaps more success in the predicted southerly breeze.

Posted by Richard Dobbins at 22:35 No comments:

We have just passed our third anniversary as the Teifi Ringing Group - formally accepted on 17th December 2010. This year we have captured our 20,000th bird and completed our 5th season of CES. Time to move forward again.

I think we have enough of the two species to begin a RAS (Retrap adults for survival) and Chris was involved in a RAS in Cardiff so we have some experience. We can expand our study area and remain within the Teifi Marshes, currently we focus our efforts in the areas indicated but all the area to the left of the River Teifi is available. 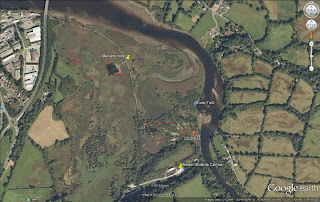 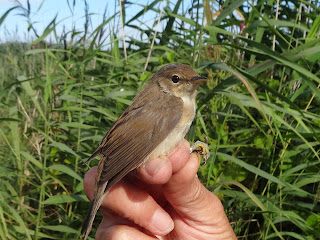 We will talk to approprite BTO staff after the holiday, but if anyone has experience of RAS with either of the two species or information that may help study the two species please contact us.

A great article by Sam Jones in the recent RINGING NEWS on CES style ringing in Honduras. This is the basis of our ringing with Costa Rica Bird Observatories which if you have followed our posts from our latest three months there show what amazing results are being achieved there too. Just scroll down for more.....

Posted by Richard Dobbins at 23:35 No comments:

A first !...and golden-winged finale in Costa Rica 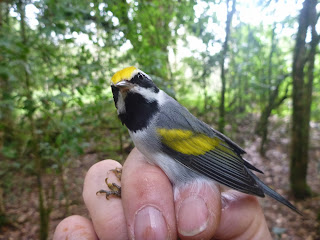 The first Golden-wnged Warbler to be recaptured in Costa Rica. We caught this adult male on the 4th December at Lake, Madre Selva Banding Station in the Highlands. 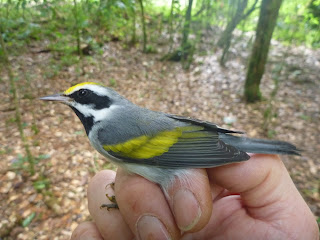 The bird was ringed as an adult male on 14 February 2012 at the same site - (20 months previous). A lovely recapture as only 1-3 GWWA are caught each year. This joins the five Prothonatory Warblers and two Northern Waterthrushes we have captured as returning  migrants faithful to their wintering sites
Quality residents too - 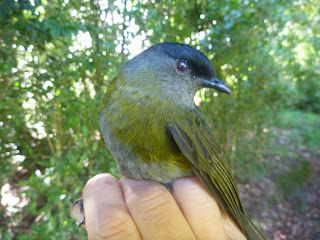 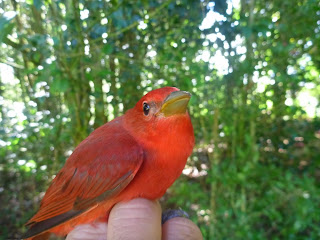 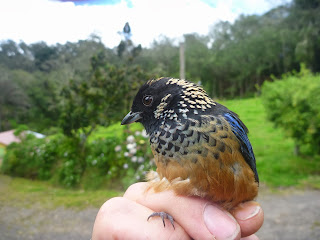 Three together a delight....but still didn't help the ageing ! 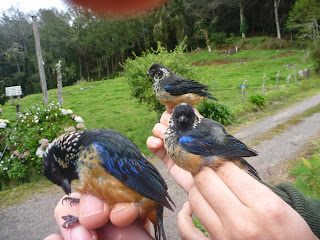 This adult male Flame-colored Tanager, the only species we could attract to a garden net.. 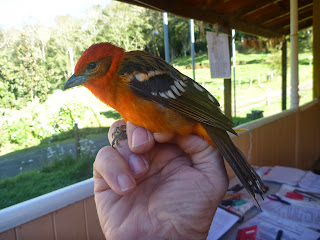 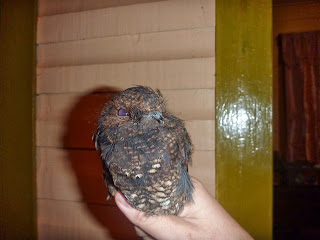 It is likely that these are the only two ever caught and ringed, this a probable juvenile male.

I'm writing this in San Jose, a flight to Madrid tomorrow.
Nearly three months in Costa Rica,......1939 birds captured of 120 species.
Migrants - large numbers of Catharus thrushes...to individuals of rarer warbler species.
Residents - smaller numbers and lots to be learned...
All ringing took place at standard sites, almost always with a two person team.
My thanks to all involved, in particular - Wendy with me for the first two months, and Ivan de la Hera these final six weeks. 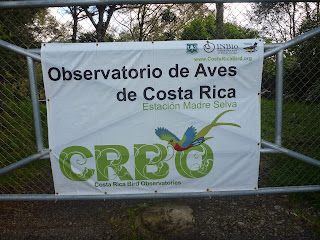