Teifi - Warblers in the Winter sun....

Likely migrant warblers, not our local breeders !
A new Chiffchaff, and a couple more Sedge Warbler recoveries to think about... 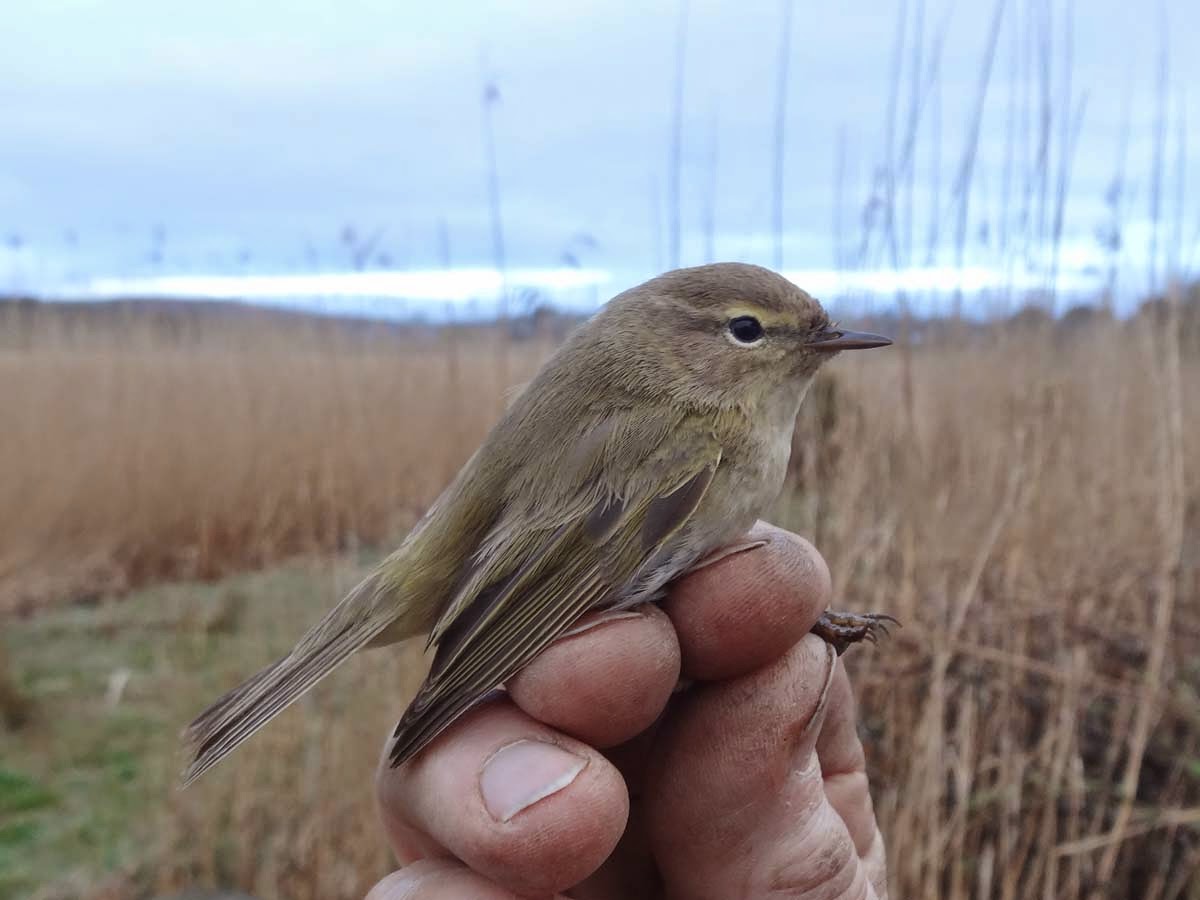 A Chiff with Helgoland ring, that we caught in April 2014. We are still waiting to hear when and where this was ringed but news this week of one that we ringed 8th August 2014 that was caught in south west France at Etang-de-Moisan, Messanges, 74 days later on the 21st October.

Where did these Chiffs come from ??
I guess the first part of their migration is like our Sedge Warblers, a movement south-east first to cross the Channel ? 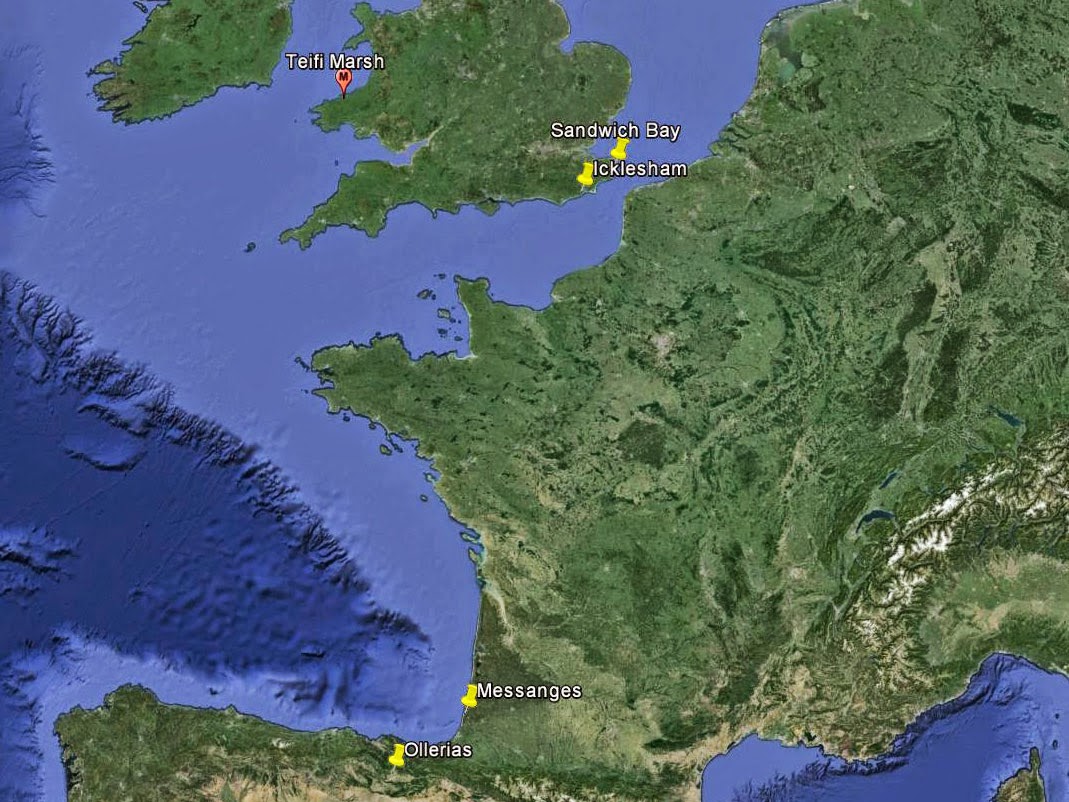 These recoveries show us how our Sedge Warblers progress, we know West Africa is the destination. 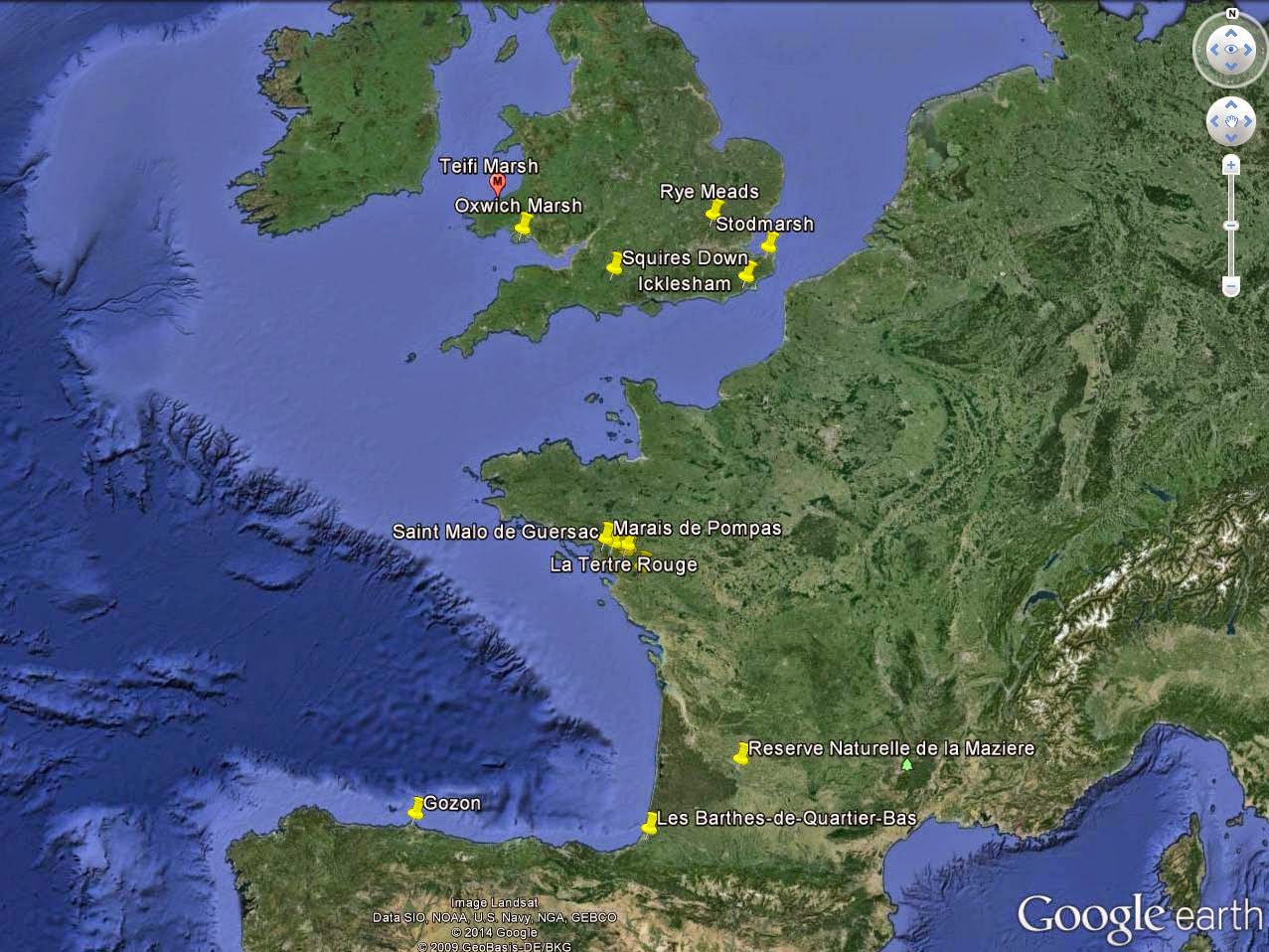 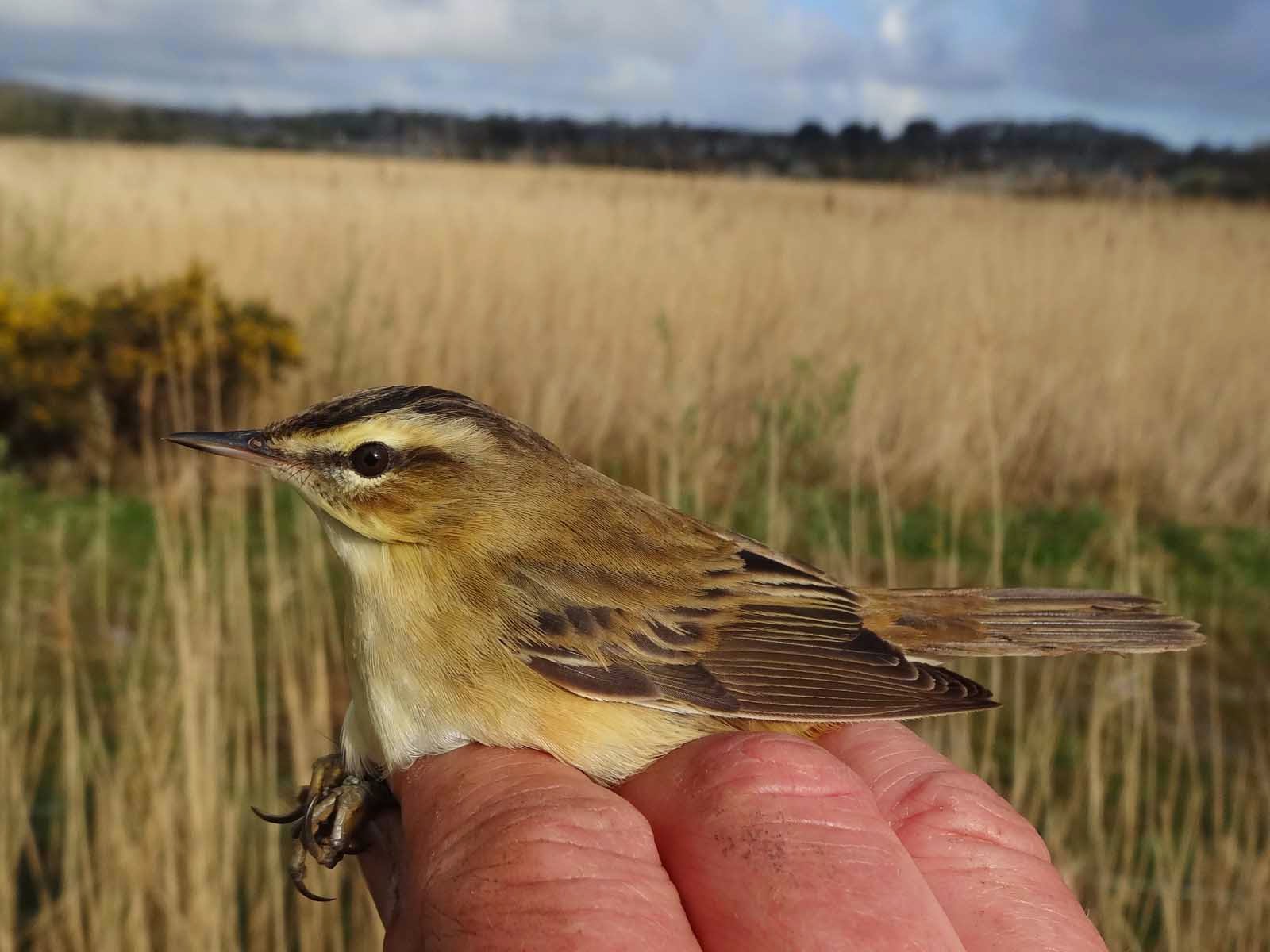 The recoveries that we have suggest our birds do leave via the south-east rather than the south-west, interesting as we are so far west ourselves.

The movements of our Reed Warblers is not as obvious. 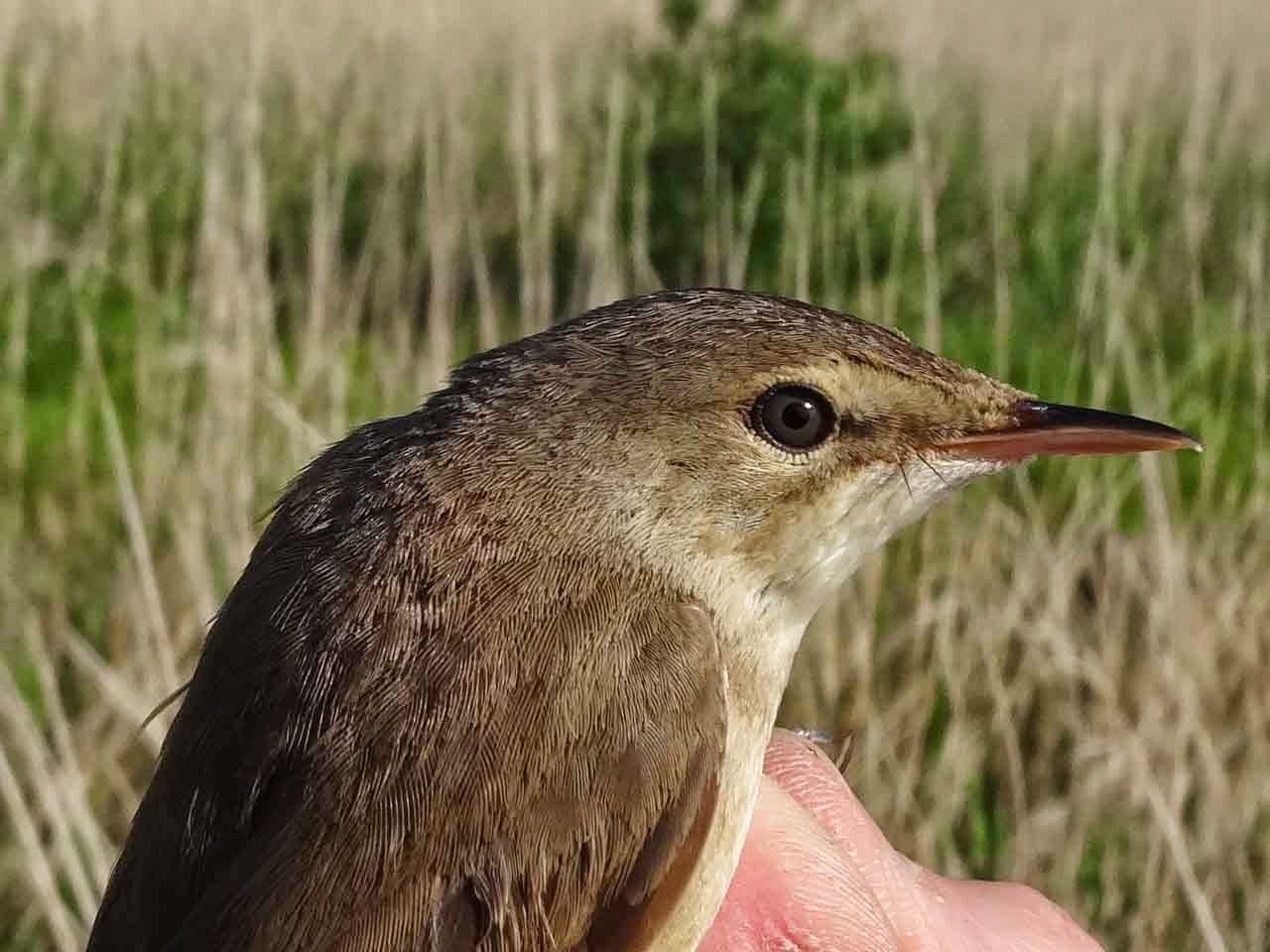 We have great retrap data on site fidelity and longevity, but we don't hear much about our Reed Warbler stopover on their migration.


This makes the study of our Teifi marsh so fascinating and valuable.
Our CES and RAS projects provide useful data on our breeding birds, but it is our recoveries and controls that tell us how valuable we are as an important feeding stopover site for migrants.

Posted by Richard Dobbins at 21:44 No comments:

Or a site faithful migrant ??

EX37984 was ringed on Frenni Fawr during a blustery night, the 1st November 2011.
Retrapped last night, between gusts of wind again on Y Frenni.
As one of our standard Woodcock monitoring sites we visit the site approx 4-6 times per month during the winter nights...November to March, and usually an April visit to find late migrant thrushes.

Where has EX37984 been ?
Have we missed him on so many visits, I doubt that, or is he purely a passage bird wintering further southwest....... 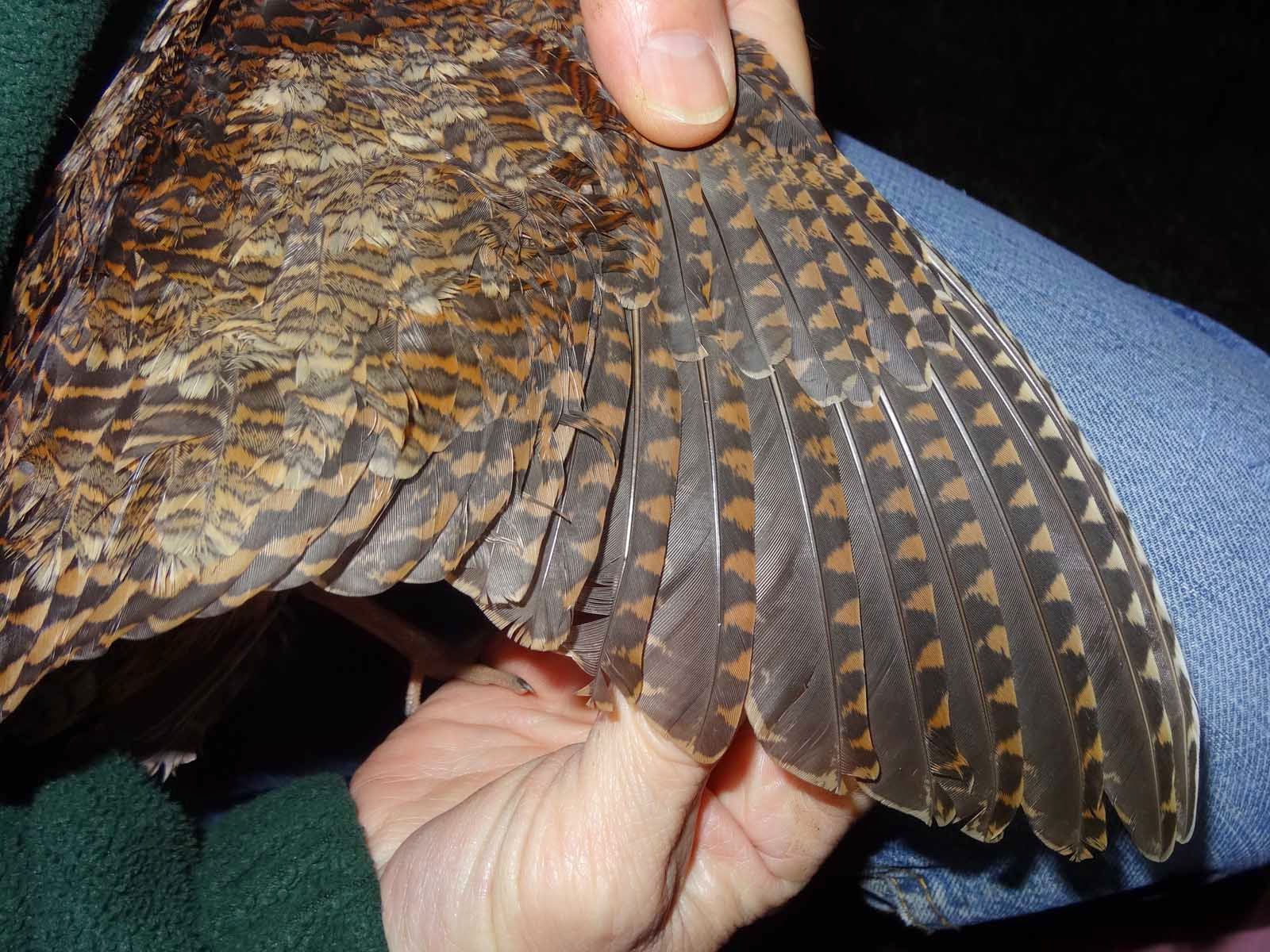 Back in 2011 we were just starting to GPS the location of all ringed Woodcock, a pity that we haven't the exact location for EX37984......I guess that both captures were in the same field.

Earlier this week, in the same field, we retrapped a bird that we had only ringed 2 weeks ago. The map shows how close the recapture was to the position when first caught.... 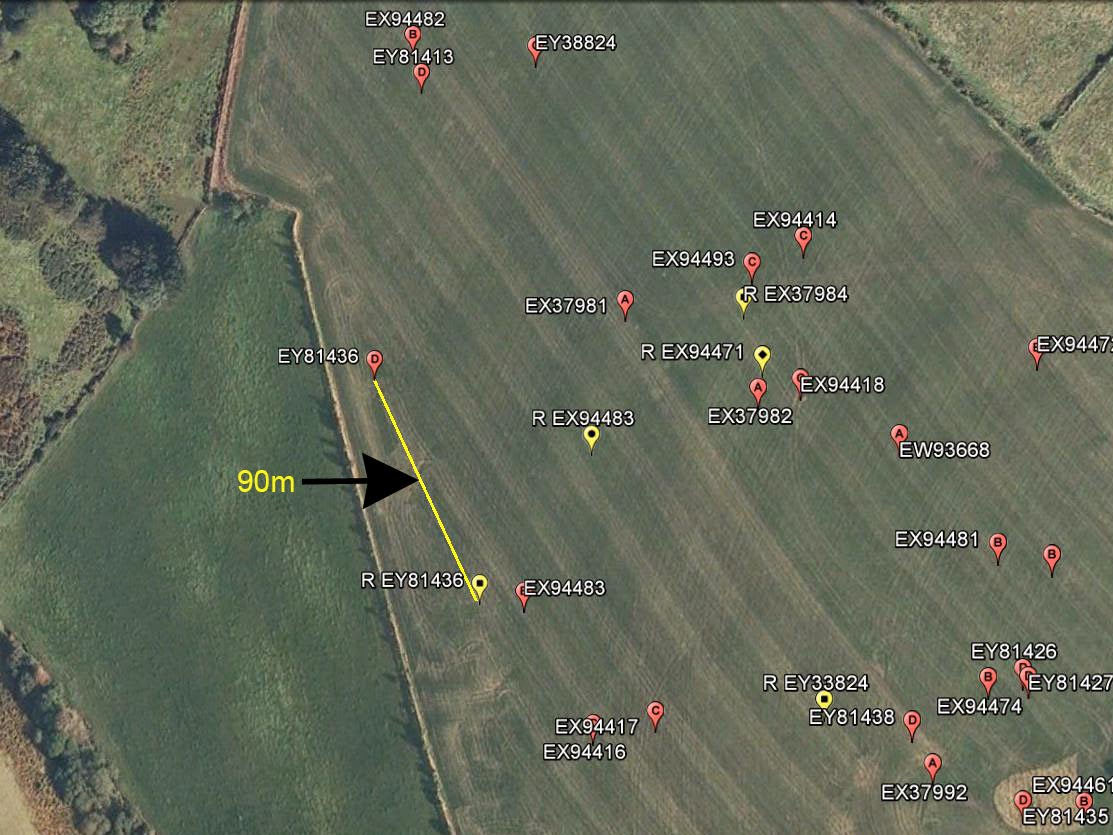 As EY81436 shows, this is another example of amazing site faithfulness to the field, regardless of Foxes, Badgers etc..
Posted by Richard Dobbins at 16:29 No comments:

A nightime six of the best....

A great night out with six waders of three species caught under the lamp. Three Woodcock, one Golden Plover and two Common Snipe - a species we don't often catch. 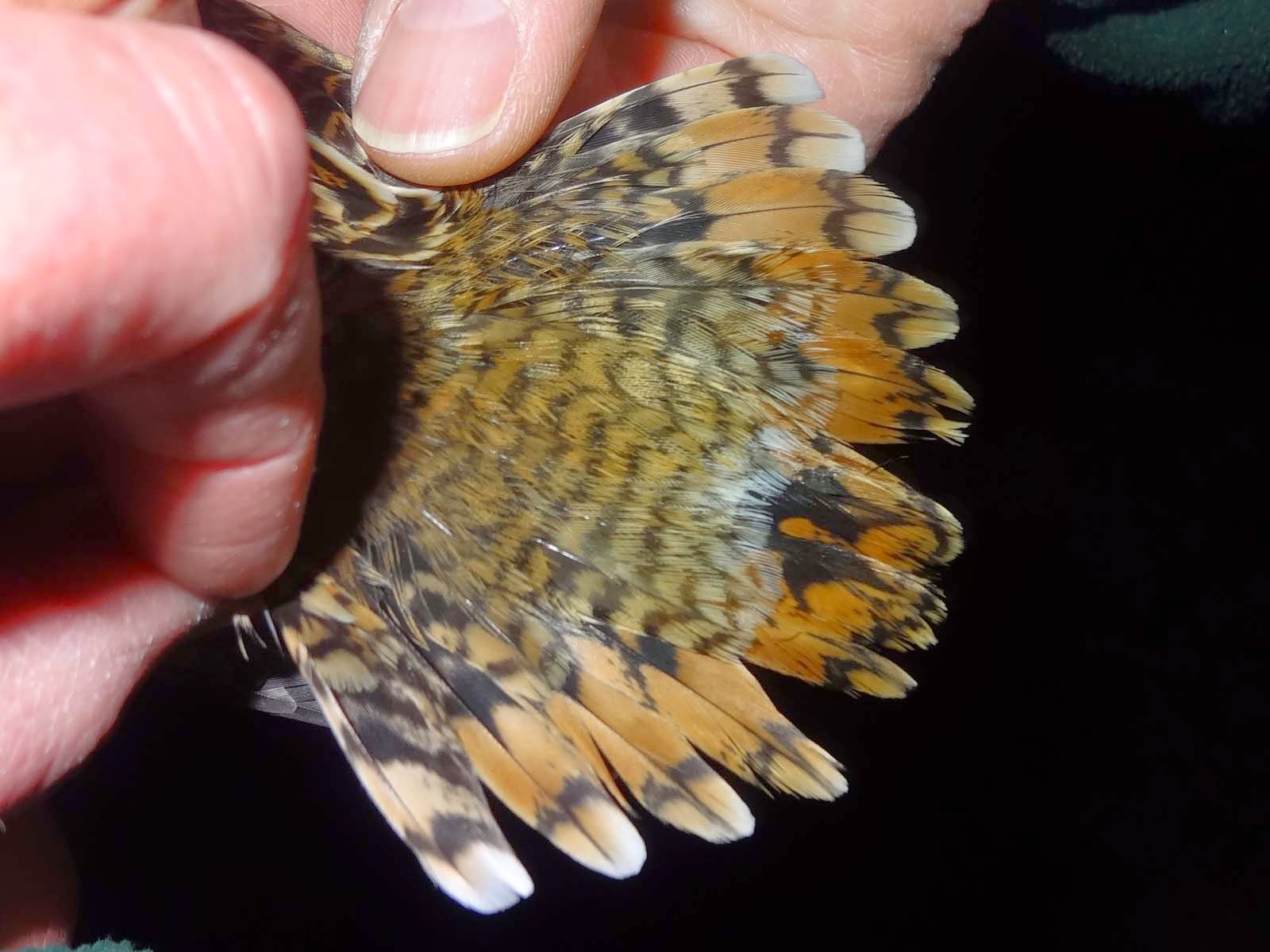 We suspected that we may be catching a greater proportion of adult Woodcock, here is some data from  previous seasons...
The figure is the percentage of juvenile birds, one of which is in the picture below. 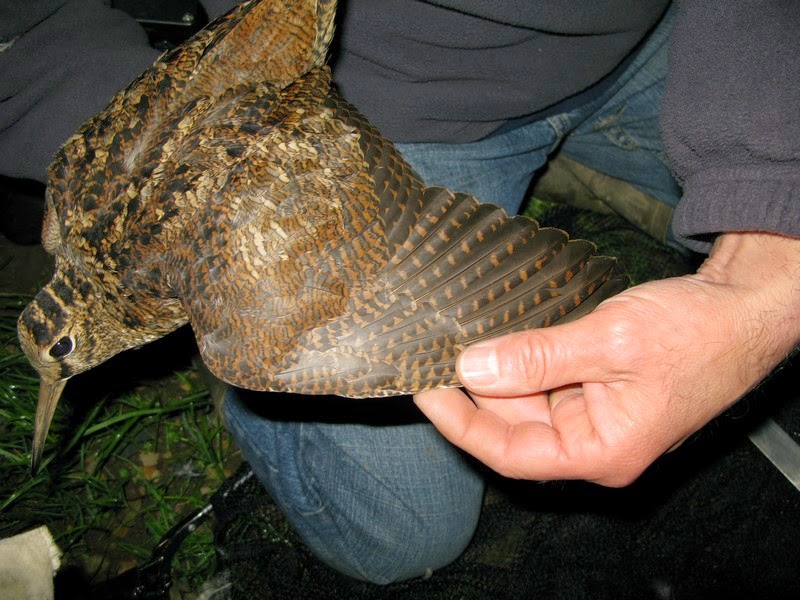 Our average winter catch is c50+ birds and we should ring our 300th Woodcock in 6 years near the approaching new moon on the 18th February...!! We are not sure why the proportion of juveniles in 2010/11 was so high.

We are helping Paddy Jenks with counts of waders seen on the pastures at night as well as birds caught. See Paddy's post "Monitoring Woodcock and Snipe"
Species like Woodcock are difficult to survey, and counts at night may prove helpful. The map below shows Woodcock caught this winter at our three main survey sites, if this density is repeated on all suitable fields, then we have a substantial and unrecorded wintering population. 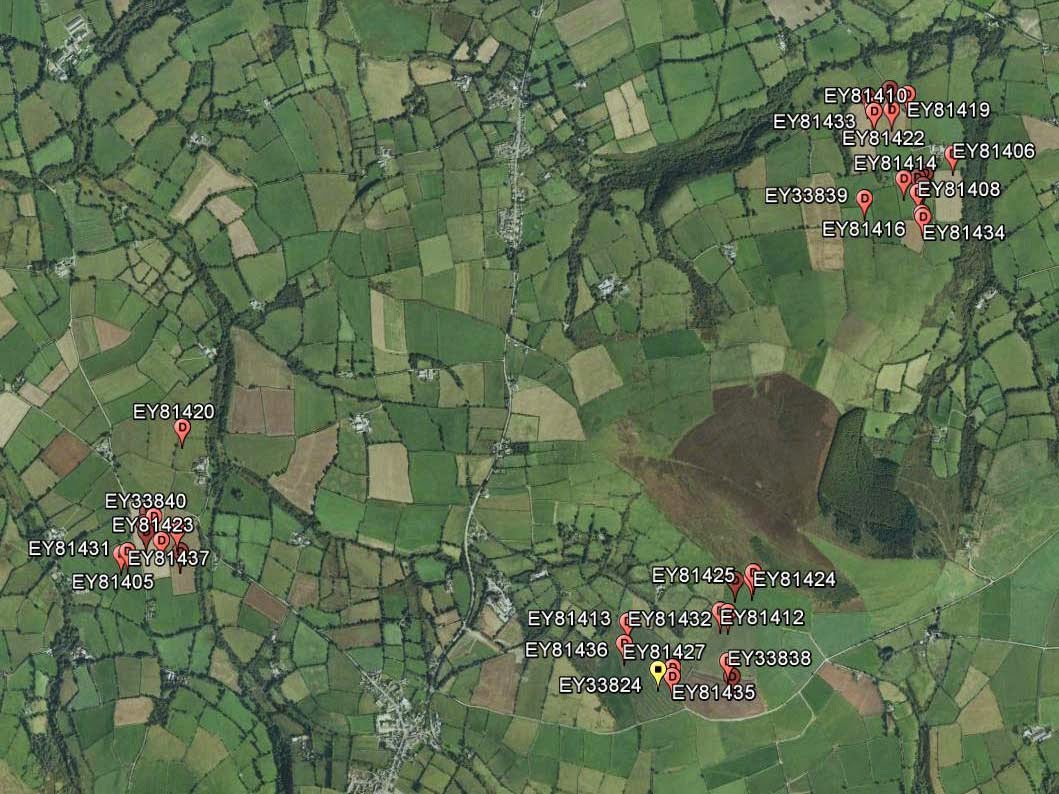 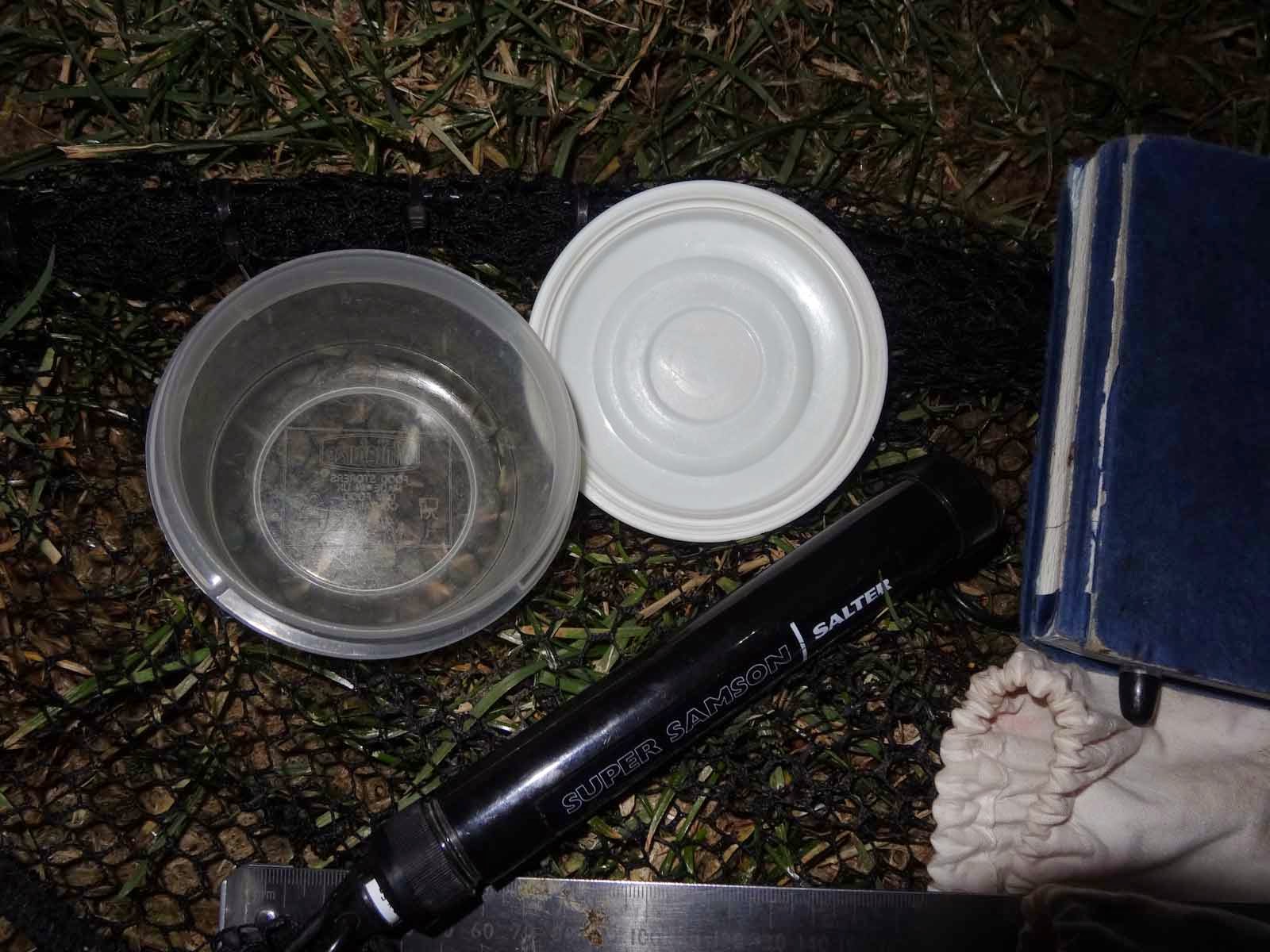 Posted by Richard Dobbins at 15:54 No comments: