Out on the hills

Wind is really hampering opportunities to open mist nets but at least it is good for getting our winter lamping underway. 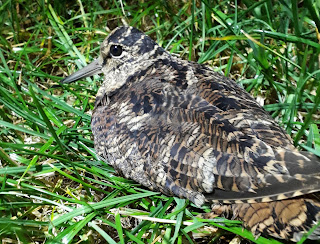 There aren't many birds roosting on our study fields yet but we have ringed some Woodcock, Snipe, Golden Plover, Fieldfare and the first Lapwing for several years.
For anyone not familiar with this work, we track our route each night and mark with gps where each Woodcock is caught. It is always fascinating how a Woodcock can return to the same field after migrating to Russia and back. This is a typical walk of about 3km, varying from visit to visit depending on where sheep, foxes or Badgers are and whether the field has been cultivated that year instead of being left to pasture. Several of our best fields have either been resown with grass or planted with winter beets so no good for finding roosting birds at the moment. 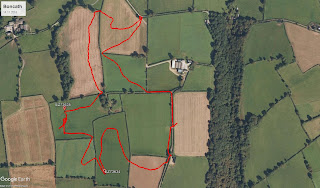 The tracker we use also includes altitude which shows that the fields above aren't flat at all so mean walking uphill a fair amount and it feels like a good workout. Only 130 calories apparently though so the hot chocolate and cake afterwards isn't really justified! 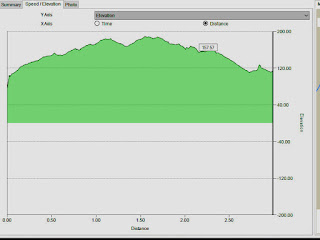 Because of the need to be as quiet as possible it isn't really a group activity but we try to take out at least one trainee to learn the technique and experience species not caught in mist nets. 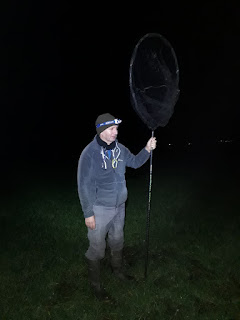 We had hoped to be able to catch a lot of Blue Tits this November for a new national BTO project looking at variation in moult in juvenile Blue Tits. Hopefully the next 10 days will be a bit less windy to give us a chance but we have made a start with a few. 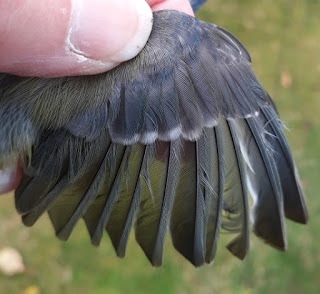 Meanwhile, Richard is looking at moult in rather larger birds and in warmer weather. He is ringing in Uganda with African Affinity. 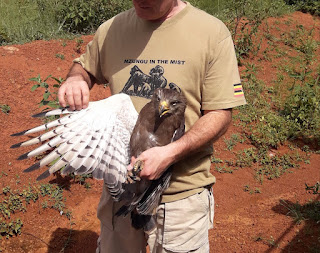 Charlie is continuing to catch Redwings in short sessions before the wind picks up each morning. He caught a very dark bird this week with a wing of 124mm which always raise the possibility of being a different subspecies.There are two subspecies of Redwing - those that we normally see in winter are Turdus iliacus iliacus which breed in Eurasia while the other subspecies is Turdus iliacus coburni that breeds in Iceland and the Faroe Islands. The coburni birds are marginally larger and noticeably darker in their plumage.

The highlight of October was the return of Redwings. 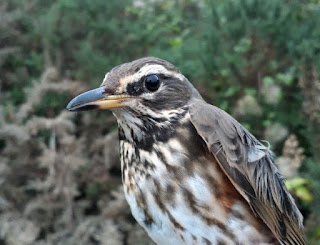 The first this year was caught on the Teifi Marsh on the 15th October. The following morning, Charlie also caught one at his Llanfynydd site and noted the consistency of the usual dates of his first each autumn.
15/10/2015
15/10/2016
17/10/2017
16/10/2018
It has been a good year for them with a total of 200 for Charlie so far. His sites at Fygyn Common and Llanfynydd have provided good variety and experience for our trainees in a generally quite quiet month. 506 birds processed in the month at the two sites.

When weather has allowed we have been ringing on the Teifi Marsh but with key members of the group busy with other things the number of sessions has been limited.  The expected mix of Goldcrests, Chiffchaffs, Thrushes, decreasing numbers of Blackcaps and a variety of Tits. Amongst the birds that had been ringed in previous years was a Blue Tit ringed in 2011. 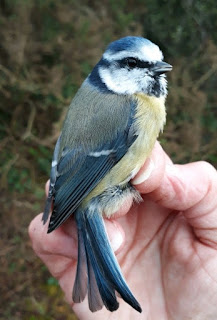 According to BTO birdfacts the average lifespan of a Blue Tit is only 3 years so this one 7 years is doing well.
The best news of the autumn though is that after not catching, seeing or hearing any Cetti's Warblers on the Teifi Marsh throughout the breeding season we have now ringed 5 compared with 41 last year  and a retrap from last May 2017.  What we don't know is whether our birds died in the freezing weather in April or moved away. Hopefully we will start to catch more of our previously ringed birds once the unsettled weather passes and we can open some nets again.


Recent news of several recoveries of our birds, the first three on their first migration south 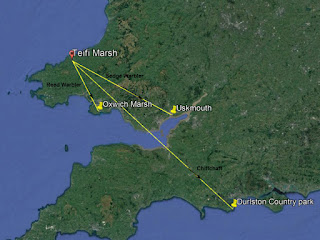 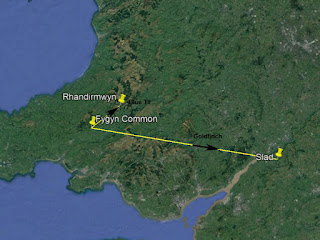 November has started with wind and rain. We have lots of plans and enthusiasm but need the weather to settle. Rock Pipits number have increased in the estuary so we will again be using spring traps on the shore. Woodcock are returning so our long term monitoring of those and other species that roost on sheep pasture will start again.