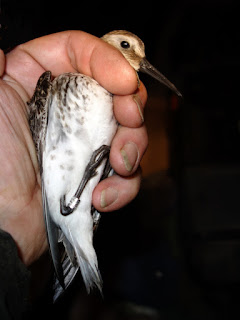 At least that's what it was called when it was ringed on 04-Sep-16 at Nidingens Fågelstation, a bird observatory on a small island in the Kattegat, about 5km off the west coast of Sweden.

By the time it had got to Poppit Sands, 17 days and about 1200km (in a straight line) later, it had changed its name to Dunlin. 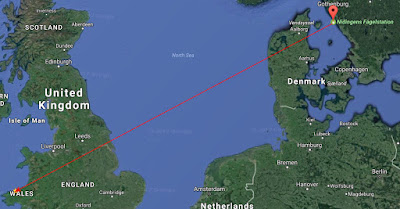 We've just received details of this nice control to round off our 2016 campaign targeting the rather sparse waders in the Teifi Estuary, which saw us process 83 Dunlin, 13 Ringed Plover, 2 Knot, 2 Redshank and 1 Bar-tailed Godwit.
Posted by Chris Jones at 16:02 No comments:

A new hide for Mallard...

Spring migrants arriving soon...and a new hide for Mallard Pond. The hide acts as a focal point for visitors whether we ring and process nearby or in the hide eg with Swallows. The photo below was taken on Saturday with the pond and reedbed frozen ...! 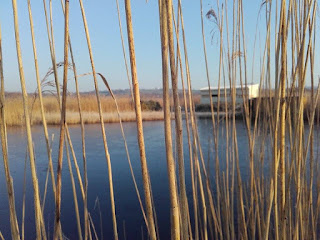 We first ringed at Mallard in 2009 :-
53 Sedge Warblers, 31 Reed Warblers and 90 Swallows were some of our species totals that year.
In 2010 we processed nearly 700 acros and caught 2 Aquatic Warblers..!
We have now processed c7500 birds at Mallard where we we still specialise in acro warblers and in Spring, White Wagtails. We have a Reed Warbler RAS and a colour-ringing Reed Bunting RAS based here too.
Please use the search to look in previous posts for further information and recoveries.

For those who don't know our site, another photo from a frosty Saturday showing Kingfisher Pond which is the focus and centre of our 14 net CES site. 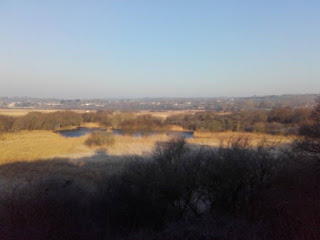 A reminder to all TRG members,
The AGM is to be held on Wednesday 1st February...hosted by Chris in St. Dogmael's.

Posted by Richard Dobbins at 20:02 No comments:

2016 Totals and controls now on the blog

Totals for all of the Teifi Ringing Group sites are now available on the Ringing Totals section of the blog
2016 Totals
5,095 birds were ringed of 69 species. Including pulli and re-encounters the total was 6,626.
Much of this ringing focuses on providing information on population size, breeding success and survival through the BTO's projects CES (Constant Effort Sites) and RAS (Retrapping adults for Survival).
We will be looking at our own data for increases and decreases but one bird that has remained consistent in numbers for the last 3 years has been Kingfisher with 11 ringed in each of those years. 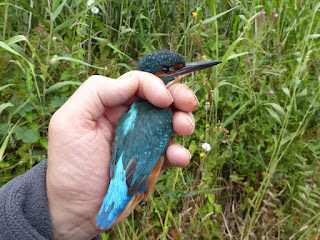 Read the distances and direction travelled, from the bird that moved furthest, a Starling that was ringed on the Teifi Marsh and caught in Lithuania, 1735km away... 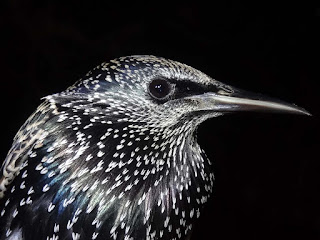 to Siskins that moved widely around the UK last winter to our West Wales feeders early in the year. 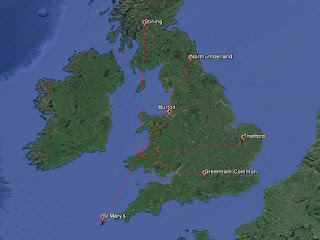 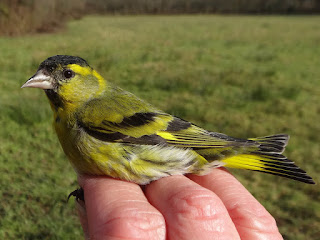 Sedge Warblers from the Teifi Marsh showed similar movements to previous years but 2016 saw our first to be caught in Ireland. 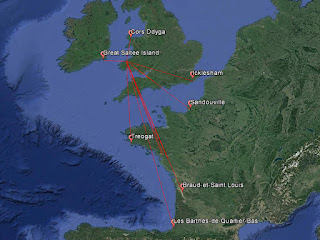 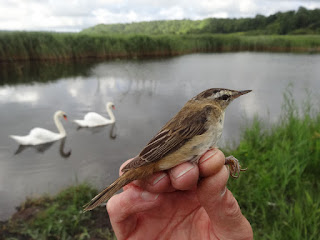 2016 saw the group continuing to grow. We now have 5 with A permits (3 of those with Trainers endorsements), 3 with C permits and 4 Trainees.
We are always keen to educate about ringing. Over the year several talks were given, a couple of groups of students were given an introduction to ringing and a television appearance too on S4C. 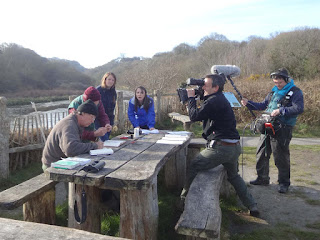 Over the winter when not occupied with CES and RAS or studying the migrants that pass through the Teifi Marsh, we have been keeping our trainees busy with some constant effort garden ringing, our 8th year in one garden. A chance to learn about data entry and looking up retrap histories 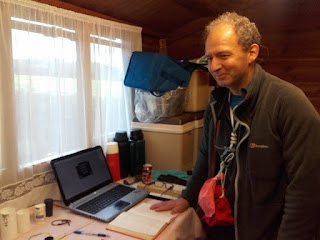 while also learning about different species not often caught on the reserve like this Marsh Tit. 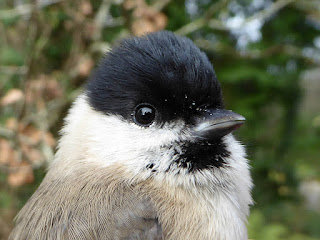 During the winter we are also lamping at night, catching Woodcock, Golden Plover 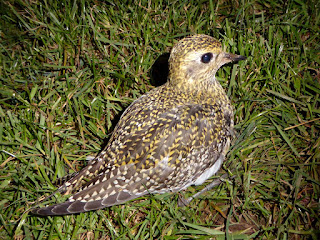 and other species that roost in fields.  We are continuing with whoosh netting Linnets at Mwnt, which is now our 4th active RAS project.

We would like to thank all of the landowners who give us permission to ring especially the Wildlife Trust of South and West Wales (Teifi Marshes, Pengelli Wood, Goodwick Moor) and National Trust (Mwnt)
Posted by Wendy James at 20:51 No comments: